Large Renewable Procurement Program (LRP II) scheduled to begin in 2017, has been suspended.

Posted on October 3, 2016 by manversgwtw

The following announcement replete with ridiculous claims of so called success indicates that for now at least there will be no further new Large Renewable Energy Projects awarded.

Existing contracts will be ” honoured ” so we will still be watching these destructive projects go up but at least the gravy train is stopped in it’s tracks for now .

Presumably the debtor Province in which we live, the most indebted sub soverieign jurisdiction in the WORLD, with the highest hydro rates in North America, will now try to become solvent, forward looking, and economically intelligent . Good luck.

If those of us who fought these projects in our own ways had even a 10 % part to play in this temporary outcome then we deserve a round of applause.

This of course does nothing to alleviate the suffering of those who are adversely affected by existing and oncoming projects. So the battle is not over until every silly turbine stops spinning !

But hopefully, this signals the beginning of the end.

Ministry of Energy
Ontario will immediately suspend the second round of its Large Renewable Procurement (LRP II) process and the Energy-from-Waste Standard Offer Program, halting procurement of over 1,000 megawatts (MW) of solar, wind, hydroelectric, bioenergy and energy from waste projects.

This decision is expected to save up to $3.8 billion in electricity system costs relative to Ontario’s 2013 Long-Term Energy Plan (LTEP) forecast. This would save the typical residential electricity consumer an average of approximately $2.45 per month on their electricity bill, relative to previous forecasts. No additional greenhouse gas emissions are being added to the electricity grid.

On September 1, 2016, the Independent Electricity System Operator (IESO) provided the Minister of Energy with the Ontario Planning Outlook, an independent report analyzing a variety of planning scenarios for the future of Ontario’s energy system. The IESO has advised that Ontario will benefit from a robust supply of electricity over the coming decade to meet projected demand.

Informed by the Ontario Planning Outlook, consultations and engagements will begin this fall with consumers, businesses, energy stakeholders and Indigenous partners regarding the development of a new Long-Term Energy Plan, which is scheduled to be released in 2017. As part of this plan, Ontario remains committed to an affordable, clean and reliable electricity system, including renewables.

Ontario has established itself as a North American leader in clean energy development, attracting billions of dollars in private sector investment and generating over 42,000 jobs in the clean technology sector. The province has about 18,000 MW of wind, solar, bioenergy and hydroelectric energy contracted or online and the electricity supply is now over 90 per cent emissions-free.

Responsible management of Ontario’s electricity system is part of the government’s economic plan to build Ontario up and deliver on its number-one priority to grow the economy and create jobs. The four-part plan includes helping more people get and create the jobs of the future by expanding access to high-quality college and university education. The plan is making the largest investment in hospitals, schools, roads, bridges and transit in Ontario’s history and is investing in a low-carbon economy driven by innovative, high-growth, export-oriented businesses. The plan is also helping working Ontarians achieve a more secure retirement.

Quick Facts
Ontario’s new LTEP will be guided by a number of strategic themes including greenhouse gas reductions, innovation, grid modernization, conservation and energy efficiency, renewable energy, distributed energy and continued focus on energy affordability for homes and businesses.
At the end of 2015, Ontario’s installed wind capacity represented almost 40 per cent of all installed wind capacity in Canada.
Ontario is home to more than 99 per cent of all installed solar photovoltaic capacity in Canada.
Ontario successfully eliminated coal-fired electricity generation in 2014, the single largest greenhouse gas emissions reduction action in North America.
Background Information
Actions to Reduce Energy Costs
Additional Resources
Ontario Planning Outlook
Ontario’s Long-Term Energy Plan
Quotes
“Over the course of the last decade, Ontario has rebuilt our electricity system and secured a strong supply of clean power. Our decision to suspend these procurements is not one we take lightly. This decision will both maintain system reliability and save up to $3.8 billion in electricity system costs relative to the 2013 LTEP forecast. The typical residential electricity consumer would save an average of approximately $2.45 per month on their electricity bill, relative to previous forecasts. As we prepare for a renewed LTEP, we will continue to plan for our future and ensure Ontario benefits from clean, reliable and affordable power for decades to come.”

Ward 16 Coun. Heather Stauble says residents have put up hundreds of thousands of dollars of their own money in wind turbine battle, and applauds council for supporting those residents

Tragic that landowner supports destruction of the Oak Ridges Moraine 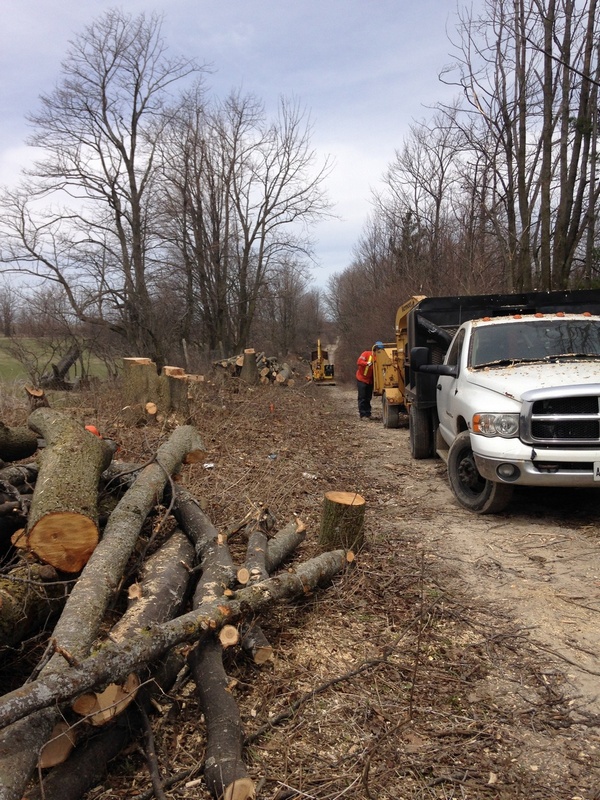 WpdCanada at work on Wild Turkey Rd in the Oak Ridges Moraine.